Welcome to Glencoe's Downtown Tuneup, the project website and collaborative workspace for residents and stakeholders to interact, share ideas, and help make Downtown Glencoe even better.

In contrast to architecture, which focuses on individual building design, urban design is the process of giving form, shape, and character to groups of buildings, neighborhoods, and cities. Urban design focuses on connections between people and places within the public realm ­‑ streets and public spaces, neighborhoods, districts, and cities ‑ and aims to make these areas functional, attractive, and sustainable while maximizing their appeal to those who use them.

Glencoe’s next step as part of the TuneUp process is to identify possible ways to improve key intersections in Downtown via the integration of various urban design elements.  Highlighted below are types of urban design elements being considered. Please note that the photos are purely examples to demonstrate the range of design variations therein.

Wayfinding is a term used for all of the information available to people which they need to navigate through or around a specific place. The intent of a wayfinding strategy is to make something which is big and complex appear simple, understandable and even intuitive to the user. Wayfinding elements can be verbal, graphic, architectural or spatial, and can include signage systems, street banners, map kiosks, pavement markings and public art. 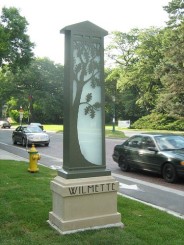 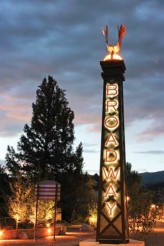 Gateway features symbolize an entrance to a particular area or district as it is distinct from another. Gateways provide a sense of transition and arrival, and make a strong, positive and memorable visual impact. Gateways can be focal points such as a prominent structure, a feature such as distinguishing landscaping, or a distinct area of interest or activity. Gateways promote a sense of place, strengthen community identity and image, and facilitate navigation based on visual landmarks.

Pedestrian access improvements are physical improvements made to an environment that are designed to make pedestrian movement safe and comfortable for all ages and abilities. These improvements often include the deliberate control of automobile speed and circulation through the addition of traffic signals and crosswalks, the widening of sidewalks, narrowing of streets, and the addition of islands and bump-outs at intersections to shorten crossing distances. 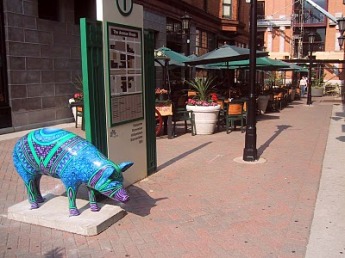 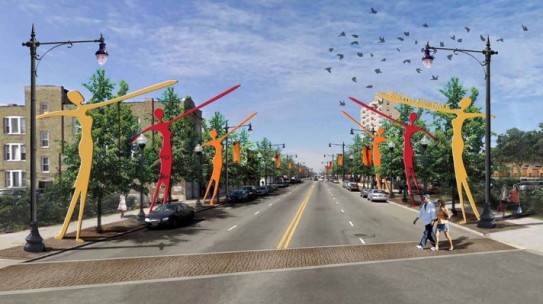 Public art is art that has been planned for and staged in the public realm with the aim of being accessible to all and can take many forms, including sculpture, murals, etc. Public art can visually enhance the environment and can heighten our awareness of a landscape or streetscape, transforming a space into an experience.

Installed in key locations throughout a city, kiosks can have various purposes. They can provide a central location for information on community events and local announcements, serve as a component of wayfinding program, accept payment, or house a small scale retail enterprise. In most cases kiosks serve to present people with information that they can access and use quickly and by themselves. 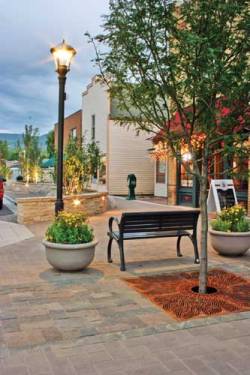 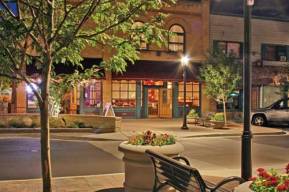 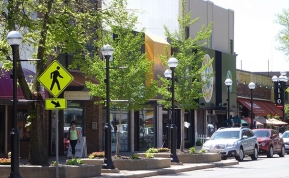 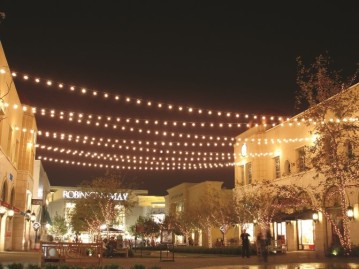 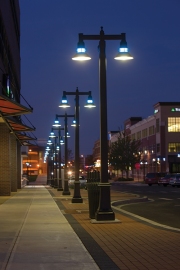 Beyond its fundamental role in increasing visibility, lighting is a powerful placemaking tool. Well-lit focal points can serve as visual landmarks and aid in geographic orientation, as well as adding visual interest, creating a sense of drama and reinforcing a sense of place. Lighting can impact mood and feeling and can generate social activity, transforming spaces into special, identifiable places or even events.